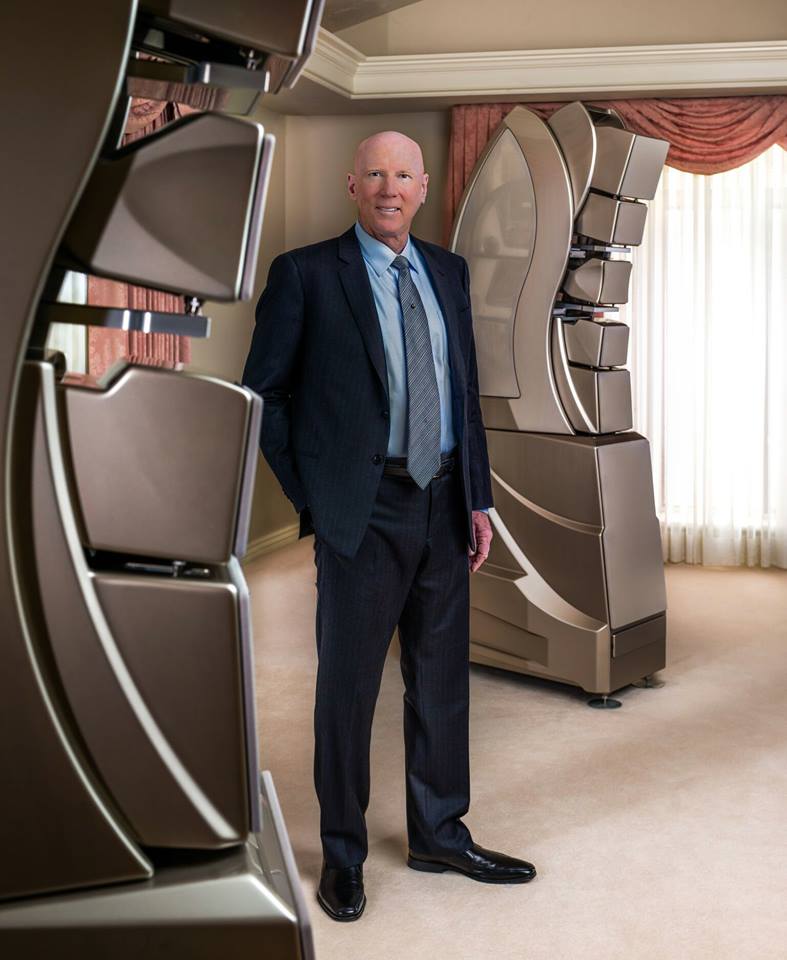 David A. Wilson II, 73, after a long battle with cancer, passed away peacefully at home on Saturday May 26th, 2018, in Provo, Utah, surrounded by his beautiful wife and family. He was born September 8, 1944 in Los Angeles to David Andrew and Irene Wilson in Los Angeles, California. He was united for time and all eternity to Sheryl Lee Jamison on September 6, 1966 in the Los Angeles Temple. The union was blessed with four children.

Dave and his family lived in Inglewood, Southern California until he was 6, and then moved to Sacramento. Early on in his young life, he became interested in audio and music reproduction—specifically the science of loudspeaker design. Dave designed and built several loudspeakers, testing ideas, and experimenting with various parts and construction strategies.

After 2 years at American River Junior College, he transferred to Brigham Young University starting in 1964, where he obtained a bachelor’s degree in zoology and chemistry. It was at BYU he would meet Sheryl Lee Jamison, who, at the time, needed Dave’s help with a recording project. Dave was instantly smitten and, after some persistence on Dave’s part, the two began dating. They were married in 1966. For over 50 years, they were loving partners in all things: in parenthood, in business, and in life’s triumphs and challenges.

After finishing college, Dave and Sheryl Lee moved to Glendale, California where Sheryl Lee began a teaching job at the school she attended as a student, Wilson Junior High. Dave worked on a master’s degree in molecular biology, and subsequently began working for the pharmaceutical company Pfizer. Not long afterward, he was offered a position in clinical research at Abbot Laboratories. This required them to move to the small town of Waukegan, just north of Chicago, Illinois. Dave’s professional star rose quickly, and he was offered yet another position at Cutter Labs in Berkeley, California as a product designer. It was during this time that he learned and developed the protocols and procedures of the scientific process—a skill set that would that he would later use in the pursuit of his true academic and scientific love: loudspeaker design.

Dave is best known for his principal leadership role at Wilson Audio Specialties, a high-end loudspeaker manufacturer he and Sheryl Lee co-founded in 1974. At first, Wilson Audio was an extension of Dave’s hobby, but eventually Sheryl Lee encouraged Dave to pursue his love and passion full-time. In the early days, the business was located in their home in Novato, Marin County, California, and expanded to commercial spaces as the business grew. In the early nineties, Dave and Sheryl Lee made the choice to relocate their business and their home to the town where they first met, Provo, Utah. While the two faced many struggles and challenges, together they built one of the most respected and revered companies in the audio industry. Wilson became well known for its state-of-the-art loudspeakers, which featured innovative technology authored and invented by Dave, and which were built and executed with exacting standards. Dave, with Sheryl Lee at his side, fostered a company culture with authenticity and excellence as its core principles. The professionals and craftsman who work with them at Wilson are considered a part of their extended family and are treated accordingly. Within the audio industry, Dave is almost universally regarded as the greatest loudspeaker designer of his generation, and the company he led is one of the most respected and admired in its industry.

Dave was just as fascinated with the art and science of recording acoustical music as he was loudspeakers. Dave and Sheryl Lee formed Wilson Audiophile Definitive Recordings in 1977. Many of Dave’s recordings, still available today in several formats, are heralded as among the most natural and lifelike of all time. In the mid-eighties, Dave was also a respected writer and reviewer of audio equipment for several prominent HiFi magazines. His perceptive and analytical gifts served him well in this endeavor. Dave wrote what many consider to be some of the most lucid and reasoned product reviews of that time.

Dave possessed an enormous intellect and was nearly encyclopedic in his ability to retain facts and information. His appetite for knowledge was insatiable. Dave was an avid reader, and retained the information gleaned from his reading.

He loved the art and science of discovery. In his pursuit of knowledge, he would often design and then carry out a meticulous set of experiments in the hunt for answers to the questions he was asking. Once the answer came, he exuded a childlike excitement and was passionate about sharing his discoveries with his friends and colleagues. He was a gifted teacher and patient mentor to those around him. He would often use his keen sense of humor during these teaching moments, injecting laughter into the learning process that made each lesson all the more memorable.

Despite his unique talent and his enormous achievements, Dave was a deeply humble man. He was quick to point out that the accomplishments of his company were the product of a great team of people and professionals. Dave immensely valued the concept and process of teamwork and often gave generous credit to that team for his own successes. He was quick to praise those around him and redirected his own accolades to include his friends and fellow professionals.

Indeed, much of Dave’s complex nature could be seen as paradoxical. While on the one hand, he was an articulate public speaker, seemingly comfortable in that venue, delivering cogent, articulate presentations, he considered himself to be shy and introverted. And yet, he spent much of his professional career successfully promoting his company within very public venues. In reality, he was more at peace in the isolation of his Kanab ranch than in the bustle of large crowds. He enjoyed spending time there with Sheryl Lee, his children, and grandchildren. He often guided friends and family through the spectacular sites and landscapes of the surrounding area. He loved hiking and would expound on the geological history of a particular rock formation, often with a young grandchild on his shoulders. Or, he would relax by exploding some water-filled milk jugs with one of his many rifles and, after a missed shot, would quip that Sheryl Lee was the real ace marksman of the family. The Kanab ranch was an oasis for Dave and Sheryl Lee and their extended family and friends.

He was a loving father and grandfather and found great satisfaction in teaching and mentoring his children and extended family. He adored his wife, Sheryl Lee, and often marveled how blessed and fortunate he was to have her in his life. Indeed, Dave often remarked on how lucky he was generally—he was married to his best friend, was able to do the work he most valued, and spend his life surrounded by the people he loved.

Dave’s remarkable life will be forever cherished by his eternal mate, Sheryl Lee, and by his children and grandchildren; by his friends; his colleagues and coworkers; and by thousands of friends across the world.